The top two Americans (and top-10 world players) GM Hikaru Nakamura and GM Wesley So will face off on January 3, 2015 at 9am Pacific (noon Eastern) in Death Match 30.You can watch the entire match live on Chess.com/TV.This edition supplants Death Match 29 (Vachier-Lagrave-Andreikin) as the highest-rated in history.The matchup was due to take place in October, but was rescheduled after FIDE announced its Grand Prix series, in which Nakamura is currently acquitting himself nicely.Tune in to Chess.com/TV on Saturday, January 3 at 12 p.m. Eastern (GMT -5), 9 a.m. Pacific, for live coverage with IM Danny Rensch and special guests.source:    Nakamura vs So In Death Match 30: Better, Faster, StrongerThe match will feature three frenetic hours of world-class chess with games in three time controls: 5+1 blitz, 3+1 blitz, and 1+1 bullet.Source:   http://www.chess.com/news/two-news-players-in-death-match-28-8657::::

Source:  as relayed by GM Wesley So @ FB.

The decision has been made. Webster University students Wesley So, Le Quang Liem, Ray Robson, and Ashwin Jayaram will compete in Millionaire Open Chess in Las Vegas next month.

The tournament will be held in a round-robin format. Players will be competing under the same time control as was used in the World Championship matches in the Golden Era of chess: 2,5 hours/40 moves + adjournment

Susan Polgar: Wesley is now officially ranked #18 in the world. He has also accepted the invitation to category 19-20 Capablanca Memorial.

The President’s Cup (informally known as the Final Four of College Chess), that usually takes place  in the first weekend of April. 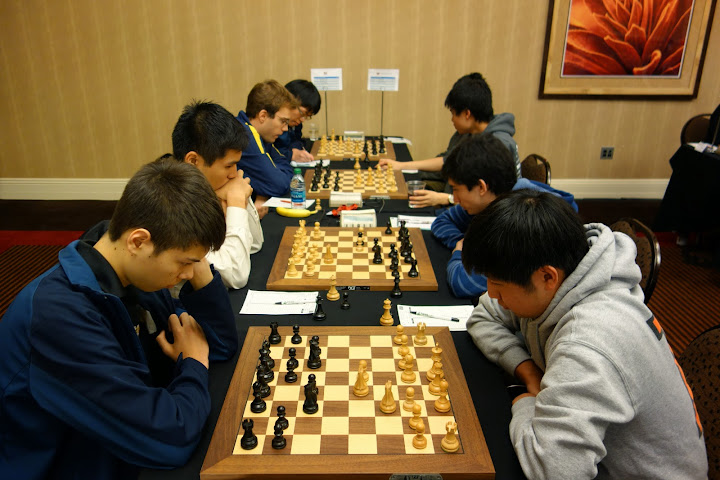 The Tata Steel Chess Tournament has two main tournaments. They are played according to the ’round robin’ system, whereby each competitor plays in turn against every other during the tournament. The Grandmaster group A has 12 players and the Grandmaster group B has 14 players. Both groups start on January 11th 2014. All rounds in Wijk aan Zee begin at 13.30 hours, except for the last round on January 26th, which begins at 12.00 hours. The two rounds in Amsterdam and Eindhoven start at 14:00 hours.

The time control is: 100 minutes for 40 moves, followed by 50 minutes for 20 moves, then 15 minutes for the remaining moves with 30 seconds cumulative increment for each move starting from the first move.

Wesley So to represent PH in Kazan Universiade

Welcome to the 6th Calgary International Chess Classic. As usual, GM and IM norms will be possible in the International section. This tournament provides an excellent opportunity for players seeking norms. IM norms have been awarded in 4 of the 5 previous tournaments here in Calgary.

The tournament is shaping up to be the strongest in its history. Above left is GM Robin Van Kampen (2592 FIDE) from the Netherlands. Centre is Calgary’s own GM Eric Hansen (2557 FIDE). On the right is GM Wesley So (2701 FIDE, the first ever 2700+ player to play in Calgary!) of the Philippines. All 3 are under 25 and on their way up the chess ladder. Norm hunters will have their work cut out for them as this will not be a walk in the park!

The top boards of the International section will also be broadcast live to a chess hungry audience around the world.

The College Chess Final Four will take place in Rockville, MD on April 5-7. The 4 teams which qualified for the Final Fours are:

Webster University freshman GM Wesley So, who recently played board 1 for the Webster A team at the 2012 PanAm Collegiate Championship, has agreed to participate in the Zone 3.3 Zonal Championships 2013.

The event will take place from January 21 – 30, 2013 in Tagaytay City, Philippines. The top 2 finishers will earn a berth in the World Cup in Tromso, Norway, in August.

Source: WEBSTER U FRESHMAN GM WESLEY SO TO COMPETE IN ZONAL CHAMPIONSHIP

Intercollegiate Tournament Format: 4 Player Teams, up to 2 Alternates.
Open to college teams from North and South America, and the Caribbean.
Teams must supply letter from University stating that the players meet eligibility requirements.

Here are the tentative lineups for the 3 teams from Webster University (pending minor changes after the official December 2012 rating list is published).

SAINT LOUIS (October 31, 2012) — Grandmaster Wesley So of the Philippines and Grandmaster Georg Meier of Germany headline the strongest field in the history of the Thanksgiving Open, scheduled to be held at the Chess Club and Scholastic Center of Saint Louis November 23-25. This FIDE-rated event features a guaranteed prize fund of more than $10,000.

The featured titled players that have committed as of October 31 include:

Format: 6-player DRR,  40 moves in 90 minutes followed by 30 minutes to finish the game with a 30-second increment starting at move 1

Players are not allowed to offer a draw.

This month Webster University and the Susan Polgar Institute for Chess Excellence (SPICE) will bring six of the best chess players in the world — including two Webster students — to Webster’s home campus. They’ll be competing in the 2012 SPICE Cup Invitational, the highest-rated chess tournament of its kind in U.S. history.

The tourney kicks off with a free and open-to-the-public Welcome Ceremony at 1 p.m. on Friday, Oct. 12, in Room 102 of Webster’s East Academic Building, 545 Garden Ave. in Webster Groves, Mo.

:::  :::  :::
Webster University and Susan Polgar Institute for Chess Excellence (SPICE) to Host the Prestigious 2012 SPICE CUP Invitational Oct. 12-21 Event is the Highest-Rated International Round Robin Chess Tournament in U.S. History
ST. LOUIS, Oct. 8, 2012 – Six of the best chess players in the world – two of them members of the new Webster University chess team – will compete in the 2012 SPICE CUP Invitational tournament, to be held Oct. 12-21 on the Webster University campus. This historic tournament is a FIDE (International Chess Federation) category 18 event, making it the highest-rated chess tournament of its kind in U.S. history.All six players are multiple-time Olympians. They include:

The SPICE CUP Invitational tournament kicks off with a free and open-to-the-public Welcome Ceremony at 1 p.m. on Friday, Oct. 12, in Room 102 of Webster’s East Academic Building, 545 Garden Ave. in Webster Groves. During tournament play, the six competitors will face one another twice, once with black chess pieces and once with white pieces.

Updated based on FIDE’s Individual Calculations as of 29 September 2012.